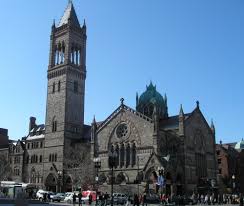 Though Congregationalist have over the years resisted organization structures that would limit the independence of the individual congregation, they have formed associations and a denomination.

When the Plan of Union with the Presbyterians fell apart, Congregationalists began to plan more aggressively for their own future. They met together in Albany, the first national gathering since the Cambridge Synod of 1648, and promised to raise financial support for western churches. Delayed by the Civil War, Congregational leaders met again in Boston in 1865, where they began to hammer out standards of church procedures (polity) and adopted a statement of faith, known as the Burial Hill Declaration. 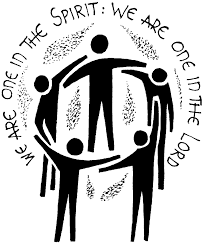 Denominational organization came in 1871 with the formation of the National Council of Congregational Churches. With a constitution barely a page long, the National Council had power only to convene a national meeting every two (later three) year — and no authority over local churches.

In the early-twentieth century Congregationalists were leaders in the ecumenical movement, a world-wide effort to build unity and reverse the denominational fragmentation of the Protestant churches. These finally found fruit in the 1931 merger of Congregational churches with the Christian Connection, a group formed in the early nineteenth century by believers who shared their dislike of organizational "machinery," rejecting the use of creeds and denominational labels. At this point the National Association became the General Association of Congregational Christian Churches.
In 1957 the General Council of Congregational and Christian Churches merged with the Evangelical and Reformed Church, a denomination created by another ecumenical venture, to form the United Church of Christ. 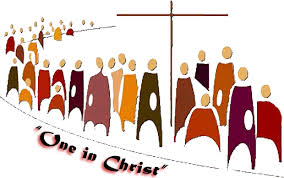 Not all Congregationalists followed this route, however. The Conservative Congregational Christian Conference (CCCC), formed in 1948, brought together churches sharing a common commitment to evangelical theology. The National Association of Congregational Christian Churches (NACCC) provided a home for congregations and individuals who opposed the 1957 merger for polity reasons. Thus the NACCC created a "referendum council," through which individual churches reserved the right to modify any act by a national body.

Posted at 05:34 AM in -Church Life, -Reflections on Faith | Permalink