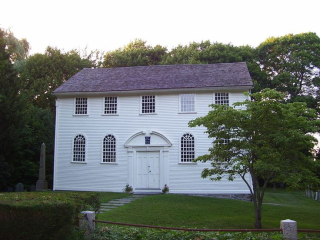 American independence presented Congregationalists with obstacles as well as opportunities. By the late 1700s, the New England clergy, sometimes referred to as the Standing Order, had become thoroughly used to their social privileges, especially tax support from their local communities. Outlawed by the First Amendment to the U.S. Constitution, religious establishment lingered on in Massachusetts until 1833.

Suddenly, the Congregational churches faced a new world, one in which they would have to support themselves through the voluntary gifts of members. While they were still weathering the effects of losing some of their most prominent churches to Unitarianism, they would also face competition from other "upstart" denominations, the Methodists and Baptists.

Despite these obstacles, Congregationalists soon took the lead in "voluntary religion," as it was called. In 1801 Congregationalists signed a Plan of Union with the Presbyterian church, an effort to pool the resources as both denominations moved westward. A good idea in theory, the sharing did not work well in practice, especially as denominational competition heated up and Presbyterians fell into controversy and a brief schism. 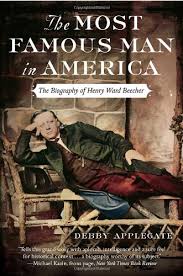 They also sponsored an impressive array of voluntary organizations, including some of the earliest on behalf of foreign missions. The American Board of Commissioners for Foreign Missions (1810), the American Home Missionary Society (1826), the American Education Society, and other similar outreach groups began as cooperative efforts with other Protestant churches, but spearheaded primarily by Congregationalists.

Congregationalists like the Beecher family and schools like Ohio's Oberlin and Lane Seminaries also led the way in social reform, especially women's rights and abolitionism. The American Missionary Association, formed in 1846, joined the denomination's antislavery zeal with its commitments to education and evangelism, and in the post-Civil War years established elementary schools, colleges, and theological seminaries across the South for newly-freed slaves.

Posted at 05:28 AM in -Church Life, -Public Life, -Reflections on Faith | Permalink