« Alpha is HERE! | Main | The Great Revival and Congregationalists » 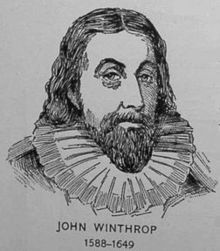 Though we often use these two names interchangeably, the two were distinct groups both in England and in North America. The Pilgrims who first arrived in Plymouth, Massachusetts, in 1620 were a small group of Separatist Independents who had fled England in order to establish a "pure" church in the New World, free from Anglican control.

Those who stayed in England resisted the Pilgrims' call for separation, hoping they could change the Anglican Church from within. Under Archbishop William Laud, prospects for change grew dim, and in the 1630s and 1640s thousands of Puritans left England and settled in Massachusetts Bay. Despite the change of scene, they did not abandon their goal of reforming the English church. New England was to be a "city on a hill," a perfect Christian society and an example to the world.

Posted at 05:24 AM in -Church Life, -Reflections on Faith | Permalink