The Great Revival and Congregationalists 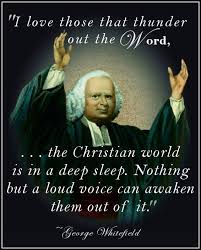 The Congregational Way required a great deal of mutual trust and personal commitment, and was not always easy to sustain. In many of the original Puritan churches, potential members had to testify to a religious conversion experience in order to join, and pass muster before the minister, elders, and the rest of the congregation. Within a generation of the first settlements, Puritan leaders had to re-formulate the rules for church membership to avoid serious decline. The "Half-Way Covenant" of 1662 allowed non-members to have their children baptized, a move that raised as many problems as it solved. To many it suggested that New England's glory was past

The transatlantic religious revival known as the Great Awakening reinvigorated spiritual zeal, but came with a cost. During the 1740s, under the fiery preaching of traveling evangelists like George Whitefield, Gilbert Tennent, and James Davenport, thousands of laypeople experienced dramatic conversions — and then became increasingly critical of their ministers. 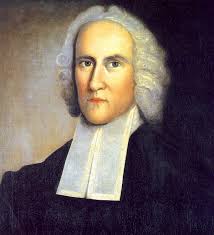 All across New England Congregational churches split into factions, the New Lights supporting the revival and the Old Lights wary of its emotional excesses. While some New Lights eventually returned to the fold, many others left to become Baptists. The Old Lights, Congregationalists who wanted a religion answerable to the Age of Reason, were the forerunners of Unitarianism. Intractable differences over Calvinist theology led to separation and the formation of the American Unitarian Association in 1825.

Revival enthusiasm also generated a variety of intellectually sophisticated responses to the problem of religious "enthusiasm" in an age of scientific learning, most notably in the works of Congregational minister Jonathan Edwards. As a pastor in Northampton, Massachusetts, during the height of the Awakening, Edwards' defense of "religious affections" is a classic melding of "head" and "heart" in American Protestant thought.

Posted at 05:26 AM in -Church Life, -Reflections on Faith | Permalink