Last week in Wednesday Vespers we looked at the discipline of Solitude. Saint Teresa of Avila has said: “Settle yourself in solitude and you will come upon Him in yourself.”

This week in Vespers we look at Richard Foster’s reflections on the role of silence, during our time of solitude. If you’d like to prepare with scripture reading before we gather on Zoom for Vespers, you are invited to read Ecclesiastes chapter 5:1-3. Here is the M
essage Translation:

2 Don’t shoot off your mouth, or speak before you think. Don’t be too quick to tell God what you think he wants to hear. God’s in charge, not you—the less you speak, the better.

3 Overwork makes for restless sleep. Overtalk shows you up as a fool.

Mindful Words in the Home

Consider these thoughts about Mindful Words from my wife, Cindy: 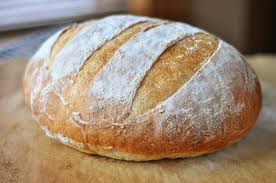 It is amazing that a little pack of yeast makes bread rise up and fill out.  Words we speak to our children can cause our children to rise up or deflate.  What kind of words are we using?

It's really important to be mindful of the words we communicate to our children during this intense time together.  We need to be careful not to bemoan their being home from school, for this may have the unintended impact of long lasting deflation in their spirits.  We can intentionally show and tell them how much we love, like and value them.

If this is a constant difficulty, it could help to recognize the challenges many of us and our children are experiencing.  We need to cut ourselves and our kids a break.  Maybe we won't get as much done, but we'll retain our sanity.  We can resolve that life will never be perfect, but it can still be great.  Then we can get ourselves out for a good walk, bike ride, or whatever recharges our batteries.

Posted at 11:31 AM in -Church Life, -Mental Health, -Prayers, -Reflections on Faith | Permalink

Sunday Scripture - How do You See God?

For worship this Sunday, we will take a look at Revelation 4 and see how John views God in a Throne Room in Heaven.  For background we will also read from the Psalms and the Prophet Isaiah. 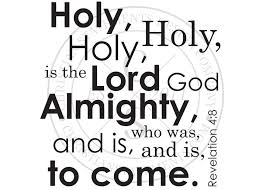 1 After this I looked, and there before me was a door standing open in heaven. And the voice I had first heard speaking to me like a trumpet said, “Come up here, and I will show you what must take place after this.” 2 At once I was in the Spirit, and there before me was a throne in heaven with someone sitting on it. 3 And the one who sat there had the appearance of jasper and ruby. A rainbow that shone like an emerald encircled the throne. 4 Surrounding the throne were twenty-four other thrones, and seated on them were twenty-four elders. They were dressed in white and had crowns of gold on their heads. 5 From the throne came flashes of lightning, rumblings and peals of thunder. In front of the throne, seven lamps were blazing. These are the seven spirits of God. 6 Also in front of the throne there was what looked like a sea of glass, clear as crystal.

is the Lord God Almighty,’

11 “You are worthy, our Lord and God,
to receive glory and honor and power,
for you created all things,
and by your will they were created
and have their being.” 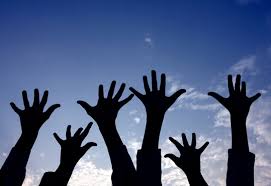 1 Clap your hands, all you nations;
shout to God with cries of joy.

2 For the Lord Most High is awesome,
the great King over all the earth.
3 He subdued nations under us,
peoples under our feet.
4 He chose our inheritance for us,
the pride of Jacob, whom he loved.

8 God reigns over the nations;
God is seated on his holy throne.
9 The nobles of the nations assemble
as the people of the God of Abraham,
for the kings of the earth belong to God;
he is greatly exalted. 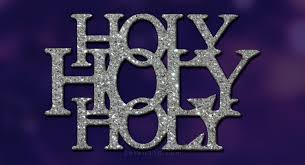 “Holy, holy, holy is the Lord Almighty;
the whole earth is full of his glory.”

4 At the sound of their voices the doorposts and thresholds shook and the temple was filled with smoke.

6 Then one of the seraphim flew to me with a live coal in his hand, which he had taken with tongs from the altar. 7 With it he touched my mouth and said, “See, this has touched your lips; your guilt is taken away and your sin atoned for.”

8 Then I heard the voice of the Lord saying, “Whom shall I send? And who will go for us?”

I want to thank those who are so faithfully giving to the ministry of the church during this time that we are not meeting together for worship in the sanctuary. If you’d like to donate online, you may go to www.Redlands.Church.

Yesterday our congregation met following our online worship and approved an application for funds from the Cares Act.  Many churches, organizations and businesses are applying for these funds.  The accessibility to the resources is tremendously limited. We don't know if our application will even make it through the cue to be reviewed; but we owe a lot of thanks to Chuck Jervis and Dave Streit who have been stewarding this process.

Below is another fun story from Rev. Craig Walker for you. This one is how God met his old church’s needs in his Cowboy Hat. 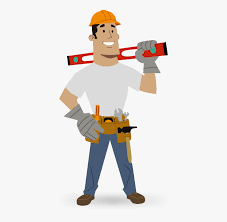 Vince, the contractor on our new church building, came to me just before our Sunday morning service.  With the look on his face, I knew it was not good news.  “The first load of windows is coming in at noon tomorrow, and we need a $2500 check to give the driver.”

This was not a surprise.  That is how we were building.  As a small and new congregation, we had decided to build our first building ourselves and pay for it as we went.  The other choice would have been to take out a mortgage, preceded by a construction loan with a hired contractor doing the work.  Vince was a member of the church and a licensed contractor, and he volunteered to lead the project.

We completed phase one, which consisted of a fellowship hall, kitchen, classrooms, restrooms and a church office in two years, doing all of the work ourselves.  This gave us a wonderful worship space and we were able to give up the rented space that we had been using for more than ten years 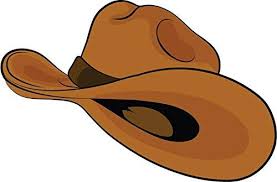 When there was a need, our small congregation in a small desert town responded.  I took the cowboy hat that I usually wore and put it under the pulpit.  During the announcements, I told of our immediate need, placed my own check that I had made out in the hat and gave the hat to the daughter of the contractor.  When the service was over, people could add their own funds to this offering. There was no pleading, only the announcement of the need

What I did was certainly not what I learned at the Institute of Church Growth at Fuller Seminary.  We were taught that we needed to hire a professional fund-raising company to conduct an every-member canvas.  We had no such campaign and no promotional plan.  But we did have hope. 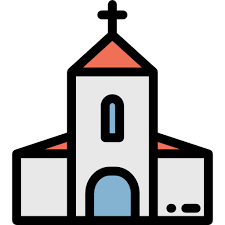 After the service ended, I went into the Deacon’s meeting.  In about 10 minutes, the chairman of the Board of Trustees came in and passed me a note.  It said that we had collected $2700 in the hat.

In 2009, our 2nd phase was completed with a 5000 sq. ft. worship center and ancillary rooms.  Our insurance company required us to insure our buildings for a million and half dollars and we were debt-free.  Vince worked for seven years without recompense to build our church.  Hope had carried us through.

Posted at 03:02 PM in -Church Life, -Reflections on Faith | Permalink

Jesus stands knocking at the door of our heart through every experience of life.

Will we wake up to his call?

Will we sit up with him in sweet fellowship?

Will we reach out with him to share in his caring work in the world?

These are the questions I explore in this message inspired from Revelation 3.

Stepping out with Jesus can be like a sweet stroll into the garden with our Good Shepherd.  Here is a Robert Frost Poem that speaks to my heart, as I think about reengagement after our quarantine during this time of Pandemic.

I’m going out to clean the pasture spring;
I’ll only stop to rake the leaves away
(And wait to watch the water clear, I may):
I sha’n’t be gone long. — You come too.

I'm going out to fetch the little calf
That's standing by the mother. It's so young,
It totters when she licks it with her tongue.
I sha'n't be gone long. — You come too.

Posted at 10:35 AM in -Church Life, -Reflections on Faith | Permalink