Hope for a Miracle 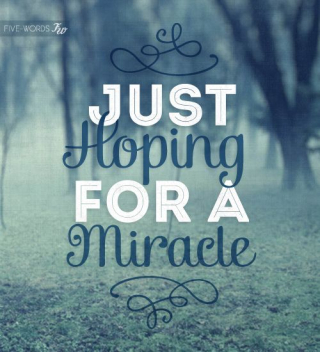 I have several friends dealing with cancer during this pandemic.  Many have been joining me in prayer for them.  Craig Walker thanks us for the prayers; and says tells how God gave a miracle:

People of faith talk about miracles, but don’t see them every day.   It would have been nice to have had a miracle last week with the surgery on my nose.  For the next few days, I can tell you that I truly felt miserable.

The term, miracle in reverse, came into my mind a number of years ago after reading one of Charles Dickens books.   I can’t remember which one, because I have read them all.  This master of story-telling described a man who was not of faith.  He did not believe in God or the power of prayer, yet he was convinced that his wife was praying against him. It greatly upset him to think that God might, in a miraculous way, do something bad in his life, even though he didn’t believe in miracles or in prayer or even in God.  He was afraid of a miracle in reverse.

The plan was that the surgery would continue one week later depending on the results of pathology.  If I did not have clear margins, they would dig deeper.  If I was clear, the reconstruction of my nose would commence.  I prayed for the latter.  I wasn’t asking for a miracle, just that I would be cancer free.  I texted my pastor. He prayed with me and had the whole church praying as well.

Yesterday morning I received a telephone call from the hospital informing me that my surgery was being moved up a day and would occur at 1:30 PM. I had no idea why, but I was glad to be getting it over with.

It was not with alacrity that I climbed into the car for the half hour ride to the hospital.  The pelting rain was with us all day and made driving difficult. Cars were maintaining the 6’ rule.  We saw 6 wrecks along the way.  Arriving at the hospital I made my way through the medical screening tents into the now empty main hospital building.  All staff were on the clinic/ER/ICU side of the building.  In the waiting rooms that I passed, there was only one other patient. Departments not dealing directly with the Coronavirus were closed.

In the prep room I was told that my margins were clear and that this would be a nose reconstruction surgery.  I had the same wonderful plastic surgeon that I had last week.  This week she would be working with a surgeon who was a specialist in facial reconstruction.  The plan was to harvest cartilage from my right ear and then cover it with a long skin flap pulled back from my cheek. 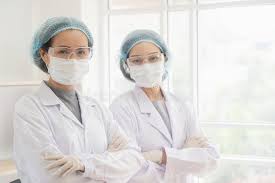 The worst part of the whole thing was the injection of anesthetic.  Five of the injections were a 10 out of 10 on the pain scale and each one was long lasting.  Finally, I was numb from my nose across the right cheek all the way past my ear.

There was a lady in San Diego who sat down to eat a plate of spaghetti.  She immediately recognized the face of Jesus made by the sauce and noodles and a picture of it later appeared in the Los Angeles Times.  That was an apparition.

When the two surgeons took the bandages off, they looked like they had seen an apparition. Their mouths dropped open.  There was a stunned silence.  Then the surgeon from last week said to the other surgeon, “Honestly, I left a big hole there last week”.  Somehow, my body in just one week had grown tissue that now filled in the hole.  She explained to me that that was not something that a normal 80-year-old body could do and that I was amazing.

They simply grafted a small piece of skin over the wound.  The surgery was over in 40 minutes rather than the planned 2 hours.  It was a miracle.

Posted at 11:27 AM in -Church Life, -Prayers, -Reflections on Faith | Permalink